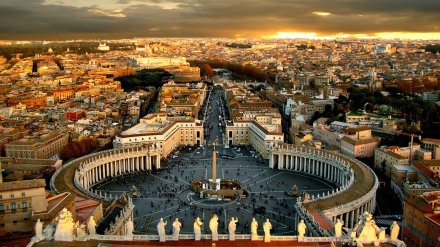 The smallest country in the world with a total of 44 hectares makes up the entire country! It also has an extremely small population with the grand total coming to under 1000 people. This walled city of great religious power is nestled right in the heart of the ancient city of Rome. Benvenuto a Città del Vaticano or Welcome to Vatican City! 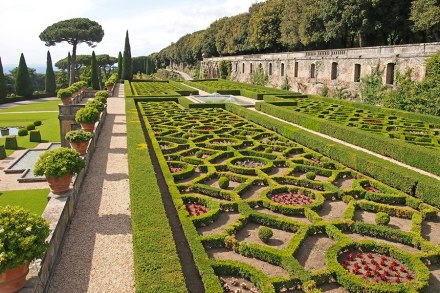 Food in the Vatican

As the Vatican is located right in the middle of Rome its cuisine is identical to traditional Italian food. There is also only two places tourists and residents alike can dine out in the Vatican which are a café/pizzeria in the Vatican Museums and a café near the Sistine Chapel rightfully called Sistina. The favourites are classic pizza’s and pasta’s favourites of millions, Italian and otherwise. Most residents eat at home for breakfast, lunch and tea, in which in the Italian way have a simple early breakfast of coffee, cereals and bread. A large lunch often in the early afternoon and can last for a couple of hours with family and friends and dinner or tea is served relatively late for someone like me who usually has dinner between 6-8pm the Italians have their dinner late as they had a large lunch so they usually dine around 8pm or later, their meal is quite smaller usually salads, cold appetizers or soups. 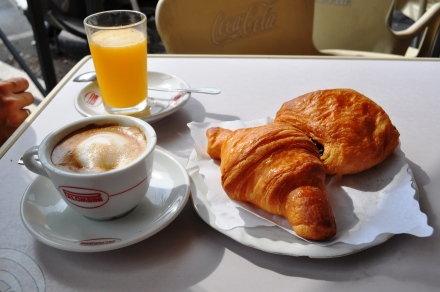 While scouring the internet for a recipe that isn’t just Italian but has links to the Vatican in particular I came across this other blog GlobalTableAdventure which is this amazing food blog that is cooking meals from around the world also and has been very successful. So the recipe is Fettuccine alla Papalina which was created for Pope Pius XII in the late 1930’s. There’s many stories of why this recipe was created but they popular one is that the Pope’s chef first made this for the Pope as a classier and more luxurious version of Carbonara. So a big thank you to Global Table Adventure as you saved me from having no idea where I could possibly find a Vatican recipe! Here’s the link to the recipe on Global Table Adventure’s page Fettuccine alla Papalina 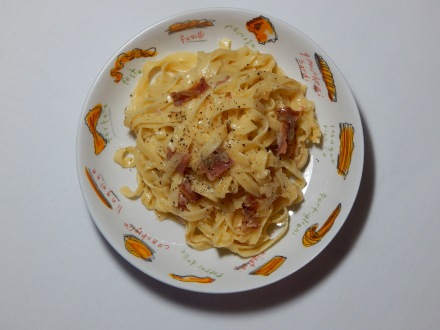 1 lb dried or fresh fettuccine
fresh cracked blacked pepper, however much you like but more is better and is what makes Paplina, Paplina

Whisk together the eggs, heavy cream, and parmesan cheese. Set the mixture aside.

Boil your fettuccine , drain, and toss them with a bit of oil or butter to keep them from sticking.

Meanwhile, in a large frying pan, cook the onion in butter until totally soft and translucent on a low heat with a lid on, about 5 minutes

Add in the proscuitto and heat it for a few moments until fragrant.

Toss hot, drained fettuccine and turn off the heat.

Now add as much pepper as desired, remember its meant to be peppery! 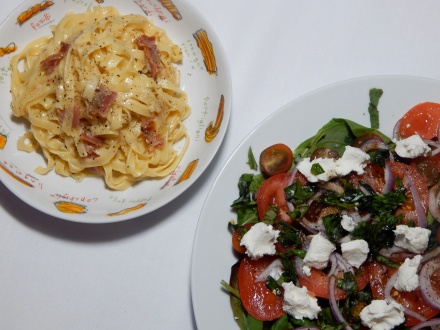 This meal was utterly delicious! As you can see I served it with a beautiful organic tomato, soft goats cheese and basil salad with a balsamic dressing. Together they were creamy,cheesey, salty and peppery heaven! I a hundred percentage will make this again and again it’s just so good. Score was overwhelming 10/10.