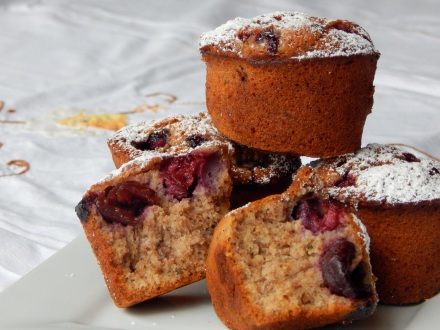 Back when I was dieting I used to buy a friand as a treat occasionally thinking it was a low fat option – sadly I was very wrong! These delectable little treats are packed full of nuts, true – but they are also packed full of butter! Making them rich, moist and a very morish indulgent treat indeed. Traditionally a little French cake, they are extremely popular in Australia and found in most cafés.

To make a true friand, you really need the distinctive oval shaped pans, but you can make them in small patty pans  too. They are amazingly easy to make, doing nothing other than lightly whisking the egg whites. All the other ingredients are just stirred in and that’s it.

Originally I made these as my daughter had made lots of things with egg yolks and I had more leftover egg whites than I knew what to do with. Friands are a great way to use egg whites, quick and less trouble than meringues. So do try making some soon and impress your friends with a friand!

There you have it, one of the easiest little cakes to make, yet people are always impressed! I think the richness of the butter and nuts makes them seem special and therefore somehow difficult. But trust me they are ridiculously quick and easy and very delicious. Alas.

Hi everyone it’s Roma here, so last week I got Serbia out of the box.

Serbia is a land-locked country in south-east Europe. It’s got expansive mountains which are spread through-out the nation. Belgrade is its capital city and over 2 million people live there. Serbia has produced some very famous people such as Nikola Tesla who contributed to the invention of modern electricity and Ana Ivanovic, Jelena Jankovic, and Novak Djokovic who are all world-renowned tennis players.

It is well-known for its beautiful Orthodox monasteries around the mountain Fruska Gora, in the north of the country. Also it is one of the ten countries in which the Danube River (Europe’s longest river known as an International Waterway) runs through, which crosses the top half of the country. 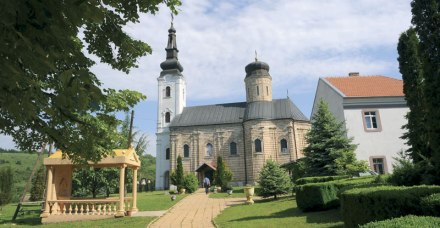 Serbia has a diverse cuisine taking influences from a number of other countries cooking techniques and styles such as; Mediterranean, Central European (especially Hungarian and Austrian) and Turkish. Food is important in all social and family gatherings or celebrations such as Christmas and Easter.

Bread is a staple food like many other European countries along with milk, cheese, fruit, vegetables and meat. Serbia has made quite a name for its self with an alcoholic drink – Slivovitz, a plum brandy and also claims it’s the birthplace of Rakia, a highly alcoholic beverage primarily distilled from fruit.

I chose to make a dessert this week for a change, and I found a delicious sounding recipe for an Apricot Torte. The cake has three layers of a soft buttery dough, then crunchy cinnamon sugar and nuts, the second layer is spread with freshly made apricot puree and then topped off with a nutty baked meringue. This cake was a good choice to make as this is apricot season here in Australia. I found the recipe here apricot-torte

I changed the recipe by making my own apricot mixture for in the cake. I did this by cutting up 7 fresh apricots and put them in medium saucepan with a few tablespoons of water and a tablespoon of sugar and cooked that mixture for 15-20 minutes until the apricots were soft and had thickened. I also changed the quantities in the recipe, as it made a huge cake serving 12!

And we found that on the day we didn’t have enough walnuts so I used some flaked almonds instead. This cake takes quite a long time to make but it was worth it, it was especially good when served warm with whipped cream. This cake scored 9/10.